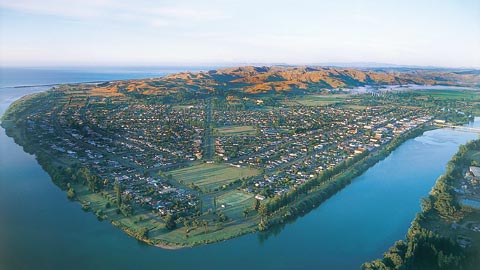 Kotare Villagers local town of Wairoa is around a 24km ride away and is the northernmost town in the Hawkes Bay area. The word Wairoa is Maori for long river which reflects the length of the serene river which runs through the town.

Wairoa is like a garden that has once been bountiful and then goes through a fallow period and has seen more active days. Just like a garden that has been resting over winter, now it feels like spring has arrived. Like special places everywhere, Waiheke Island, Grey Lynn and London’s Notting hill to name a few, the first to recognise the appeal and recolonise such areas are the artists. 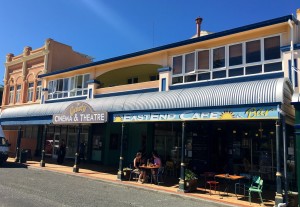 In Wairoa they meet daily at the East End Cafe where some of them display their art for sale, adding a bohemian flavour to the riverside towns atmosphere. Wairoa is waiting for new life to be brought in and those that have answered this call are the Artists and the Gardeners who can dream potential into reality. Watch this space for Wairoa based initiatives being developed by Kotare Commons.

Much fun was had as a group of Kotare Villagers headed into town for an evening at the Long River Swing Concert at the Gaiety Cinema & Theatre enjoying David Parquettes debut performance since moving from Waiheke Island to Wairoa last September. The American-born International Jazz player, who has made his name across the globe and even toured with the likes of Tony Bennett and Phil Collins gave a fantastic performance along with the rest of his trio Lindsay Meech on the Trumpet and Mikael Kovalovs on the Guitar.

Joining them in this evening of musical collaboration were Twisting the Swing who are an all acoustic band influenced by Gypsy Jazz in the style of Django Reinhardt.

The dynamic between this group of four talented young men was an additional treat as their individual personalities really shone through in their energetic and uplifting performance as they performed both on their own and in collaboration with Parquettes trio.

Parquette played the evening on a rare eight foot 1893 Steinway Model C Concert Piano that he had found hidden away in the Community Hall cupboard and that was really quite the unexpected discovery. 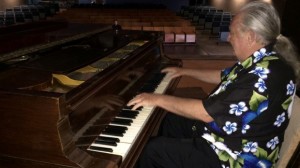 After being told by the Town Council that he may find a piano to use for his concert in the Community Hall, he was more than astonished to discover such a rare and incredible Concert Piano in such a small and unassuming town like Wairoa. Despite being in need of refurbishment and only being played on a few times each year, such as Anzac Day or the occasional funeral, after a quick retuning and minor fix up it took center stage to complete a truly enjoyable evening for all. 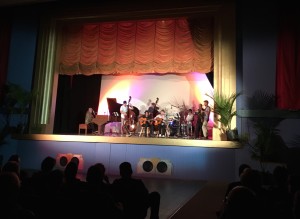 This concert is the starting point of what will become Wairoas annual Long River Music Festival set to commence in 2017 and who knows how many world-class musicians will be drawn to perform in the area now as word gets out about “that” piano; hopefully a sign of more musical treats to come.

Wairoa like all rural communities comes alive when the A & P show comes to town. People come from far and wide to experience the Trade Show come Community Event. Taking place on a sweltering day in January, the Children’s egg and spoon race sat alongside the fencing competition. And if a fencing competition sounds uninspiring then the words Dangerous Heavy Hand Held Machinery + Strong Blokes + Speed Race will give you an idea of what it boiled down to and why at one point it was hard to watch as a young guy struggled to control what to the untrained eye looked like a corkscrew on steroids that he was attempting to dig into the ground without loosing control of it’s sharp whirring blade. 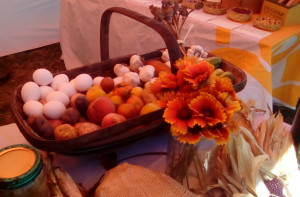 The A & P show is a family event with all the cake and farm pet competitions that you can imagine… inspecting the biggest potato contestants revved up some Kotare gardeners to enter next years contest. Animals made out of Vegetables was another popular choice. The Koanga Institute stand was right in the center of all the action, with members of the Koanga team there sharing their knowledge with the locals and enjoying the show.