At last, the internet project is drawing to a close, and it only remains for the last ditches to be closed. (on this video you could see us finally doing it 🙂

Both the water supply reticulation and the internet cabling have all been laid, we did use a ditch witch to dig most of
the trenches, and after that it has all been laid by hand. So it has taken a while, but the result is awesome. We have state of the art fibre broadband laid to every site boundary, as well as the drinking water and irrigation water supply lines. 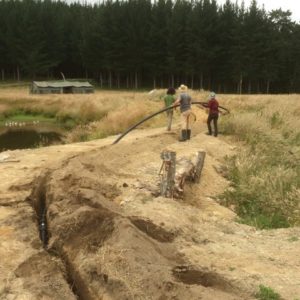 The internet project has been quite a learning curve. We did not want the internet fibre laid in the usual PVC ducting, as PVC slowly leaches into the environment. So instead we put the fibre through polyethylene pipe. This involved a bit of ingenuity to push some tape through the pipes first using water pressure, so that we could then pull the fibre cable through. A bit nerve wracking at times when we pulled and pulled the tape, but eventually the fibre cable would appear, 200 meters later. 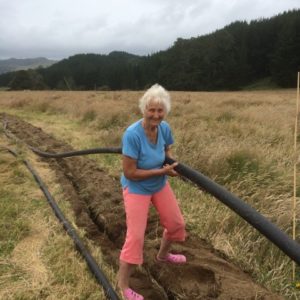 It has been interesting to see the internet pits being installed, and watch the endless splicing 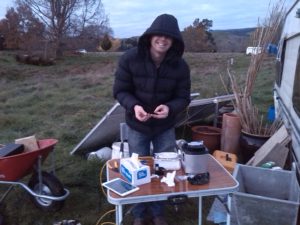 of the glass thread using a splicing machine that talks to you and tells you what it is doing. Anaru of Curves Technology patiently did over a hundred splices – a delicate and slow operation requiring lots of patience.

So I don’t think we are all watching videos all night. It just means we can more easily get on the internet and not have to play musical chairs so much in a crowded office. It also makes it a bit easier to keep in touch with family and update them on what we are up to. 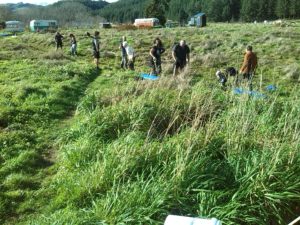 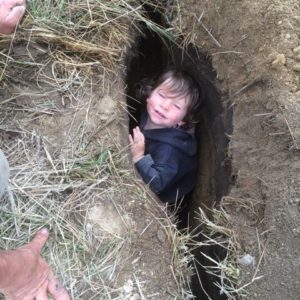