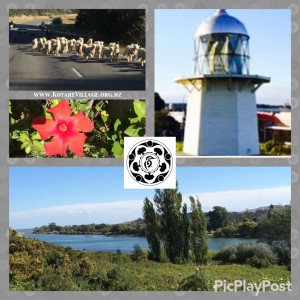 Kotare Village has a humid, temperate climate, with an average rainfall of 1,600mm, most of which falls in the winter months.  Summer is warm, and most often sunny; we have some summer rainfall, enough to avoid droughts most years.  It is known as one of the best climates in NZ for forestry.

Ours is an inland climate, rather than a coastal one, and we have frequent frosts during the winter and occasionally into October, so we have a relatively short growing season compared to the more coastal climate of Wairoa township.  Most days are without wind, very calm; however, when we do get wind, it is often very strong and gusty (maybe 10 days per year).

We have a high peak (Whakapunake, 960m) about 3kms to our north, which gets some snow several times a year.  Very rarely do we get snow in the village – twice in the last 5 years.